Last week, a colleague and I participated in Google’s Hash Code. The idea of the event is simple: give small teams of programmers a hard task and give them too little time to solve it. See what they can come up with.

The problem we received – serving many orders from few warehouses using a couple of drones – was clearly (NP-)hard, so clever and quickly coded heuristics were asked for. The data were given in an ad-hoc-formatted text file, Do code golfers like such inputs? the output was required to be another text file with commands for the drones. 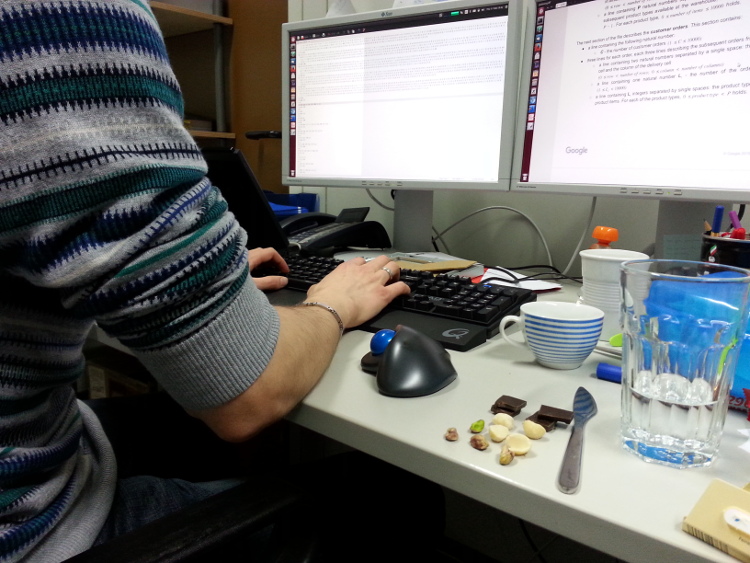 It took us about one hour to get input parsing set up. We then took a coffee and did the thinking, followed by another two hours of programming. We finished the first feature-complete revision ten minutes late, and had to debug for another two hours before we could upload solutions. So clearly, programming speed and accuracy was the limiting factor for us – that is not too surprising. 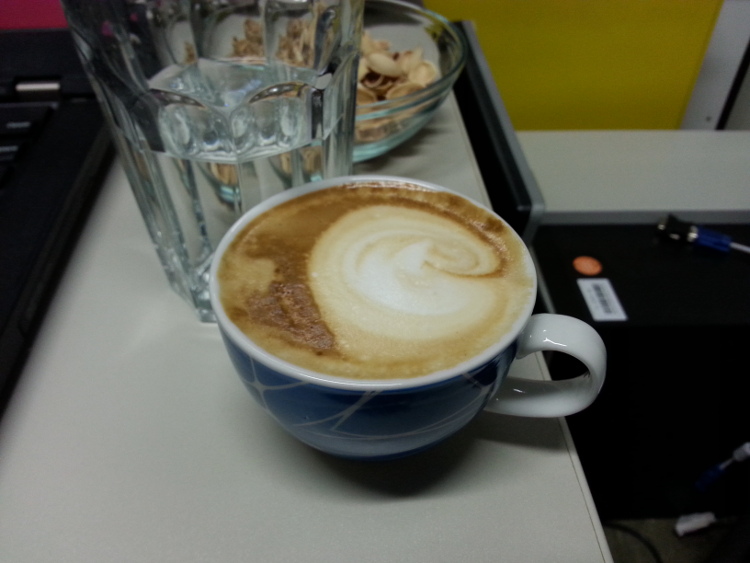 We had fun, even though we did not finish in time. Hashcode is definitely a good event for bringing people with different sets of expertise together so they can collaboratively tinker on a cute problem for an evening.

The concept of hubs is nice. We got to connect with several other teams from the university and talked about our respective strategies afterwards. Despite Google’s photo contest there was not much activity on Twitter et al. – apparently everybody fell in a coding frenzy! You can see some of the contents of the swag box our hub got in action there. I have a new stress ball now, too.

What are your observations? Which lessons did you learn?